HOOD: The Return of Robyn

Nottingham. A city in crisis. A city starving. With the King lost, presumed dead, to the folly of a far-off war against a land of magic wielders, the crown now sits with King John, whose increasingly autocratic laws are enforced with brutal efficiency by the head of his secret police, the city’s Sheriff. Outside the city walls, amid the creaking decay of failing farms and abandoned industry, Will Scarlett’s insurrectionists are a band of the angry and dispossessed with a talent for blowing things up. Visionless, their leader obsessed by personal vendetta, their failure is inevitable.

But there is hope. For, against all expectation, Robyn Loxley is returning to a home she will barely recognise. Robyn Loxley, the People’s Champion, beloved of the masses. Robyn Loxley, who always stood for justice and fairness and equality. Robyn Loxley, the best marksperson in East Mercia, who never backs down from a fight. She is the city’s hope. With her, she carries the seeds of its salvation.

But seven years of war and imprisonment have taken their toll. This is no longer the Robyn who left, the Robyn that the people of Nottingham think they know. She has returned but she is not alone, and with her she carries not only the seeds of salvation, but also of the city’s destruction. 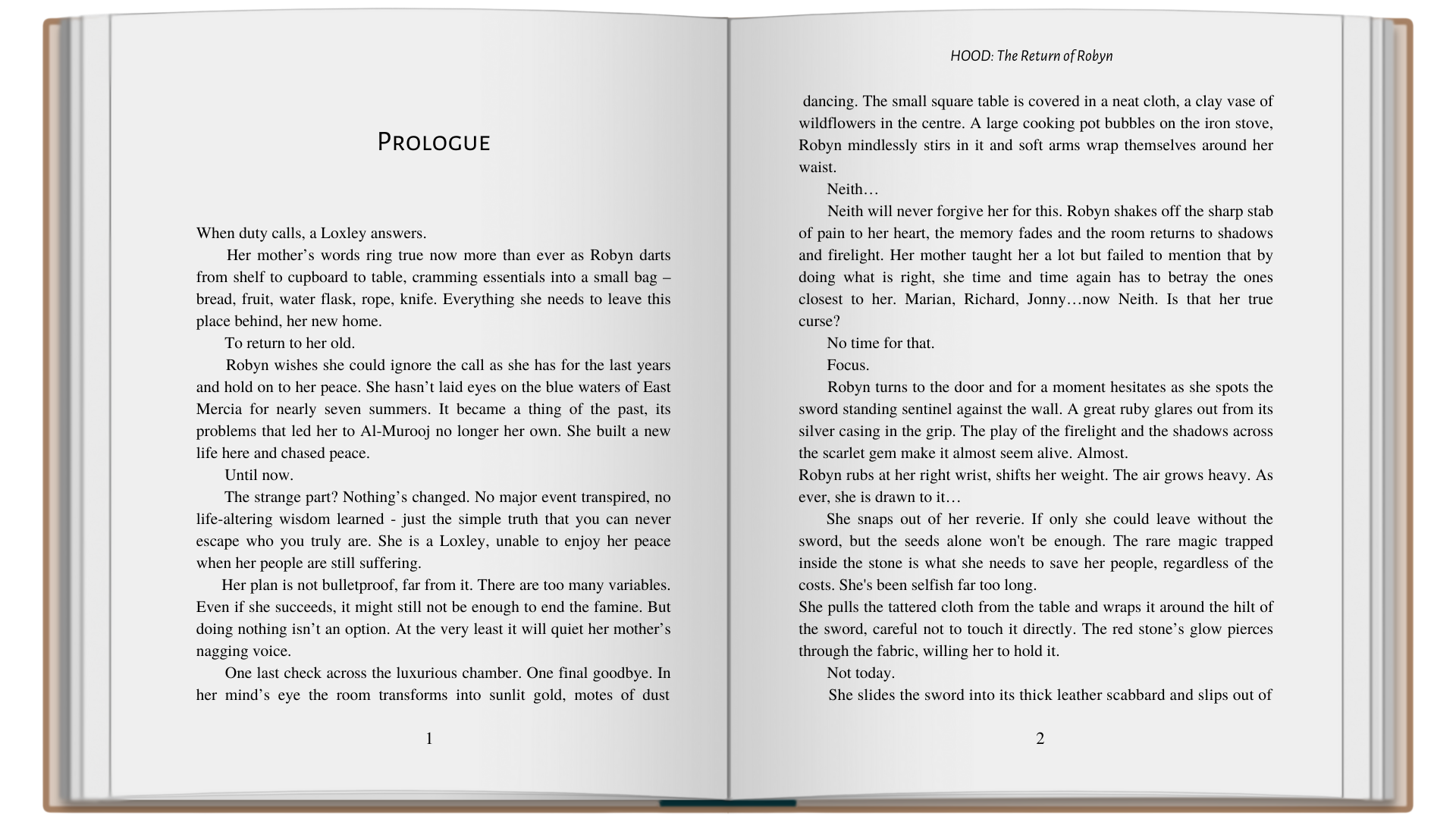 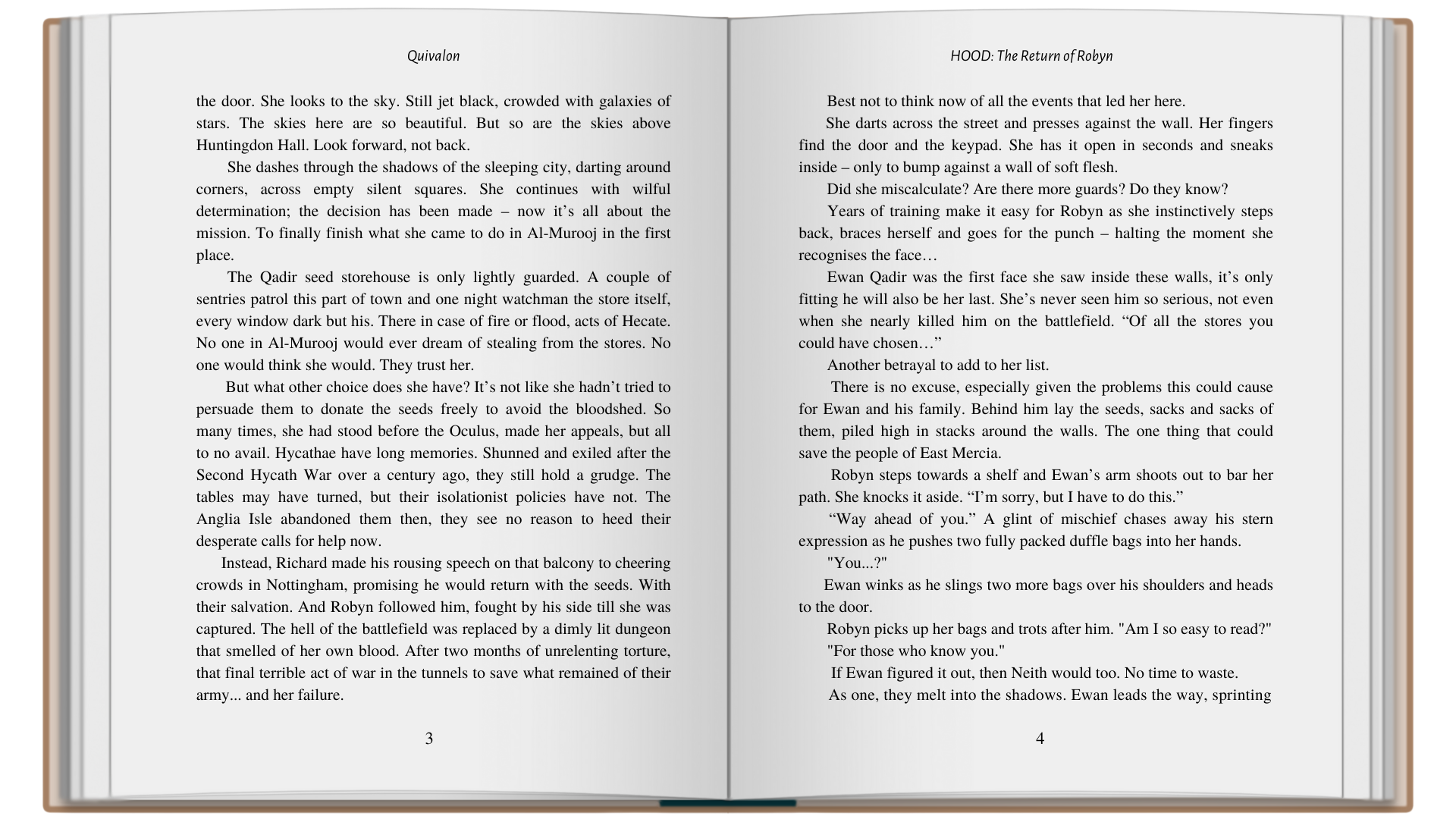 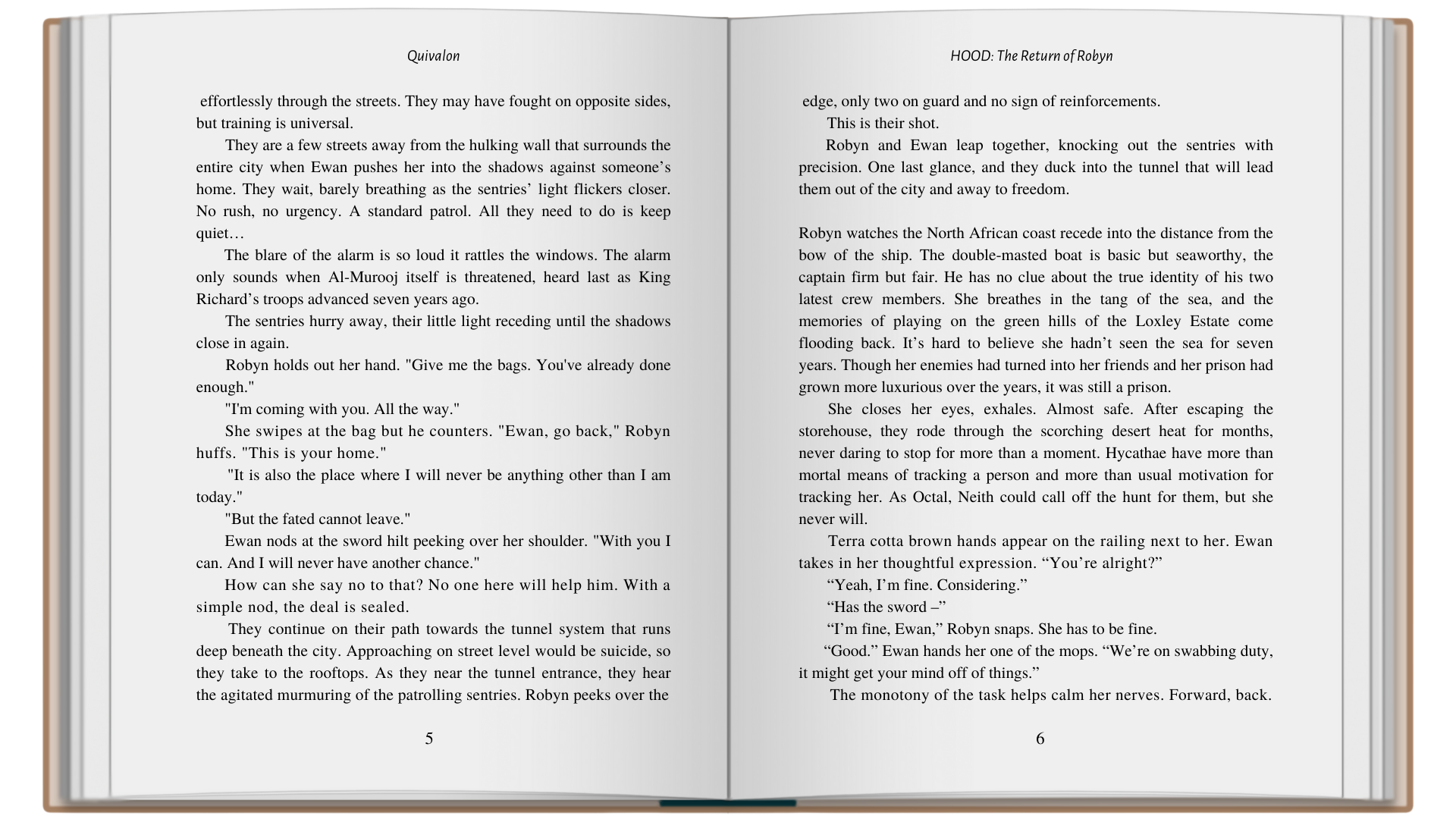 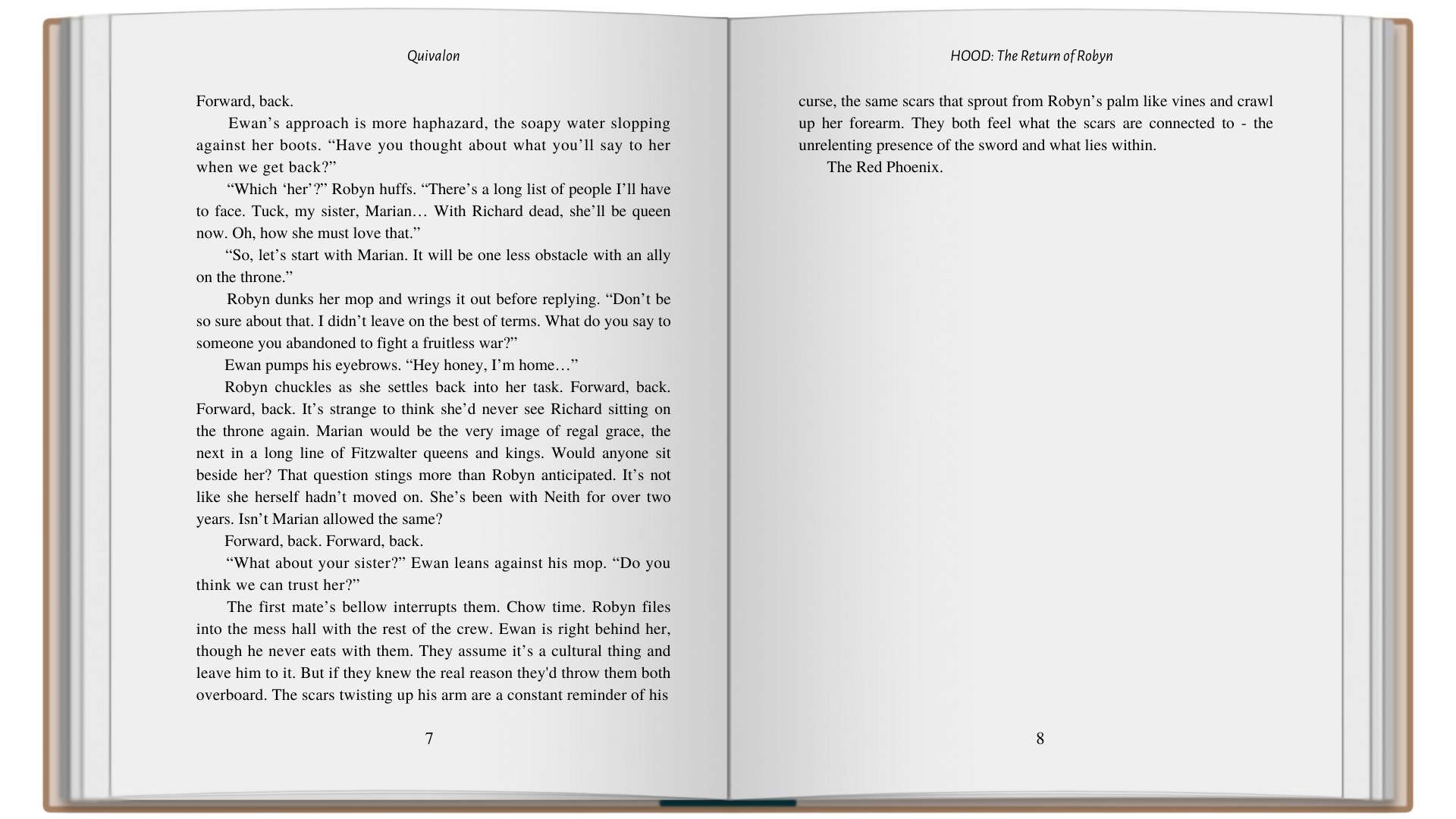 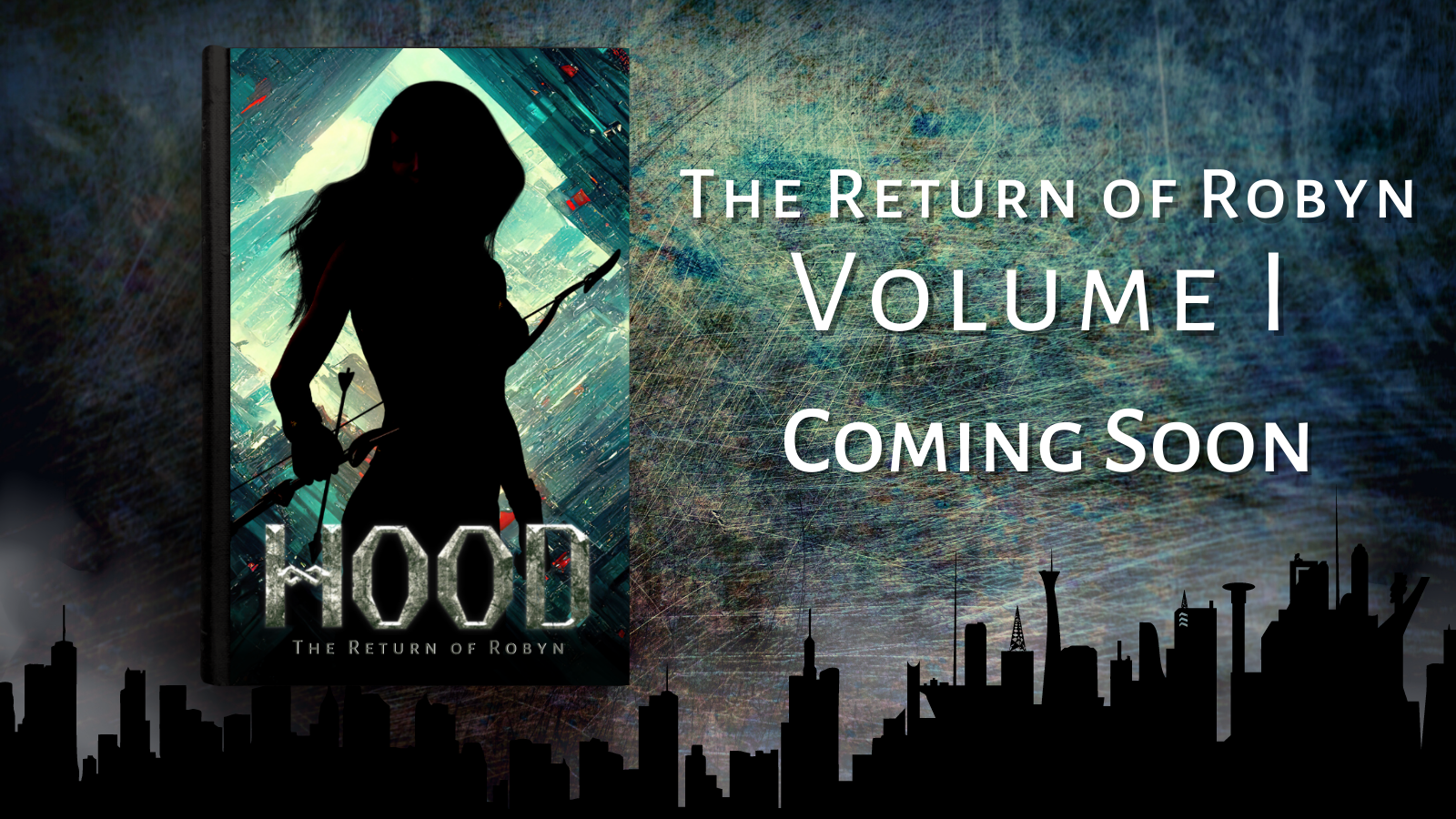 Robyn was born into nobility but believes in equal rights for all. She uses her privilege to improve the lives of the city’s poorest and the people love her for it. As the army’s General, she has a strategic mind, is a skilled fighter and fearless, even reckless at times. However, she is also proud, has a tendency to be self-righteous, and is unable to admit the psychological damage caused by the war and the secrets she carries with her. Read more.

Philippa Murdoch earned the title of Sheriff through hard work and is not willing to give it up for anyone, not even her sister for whom she has developed a deep-seated jealousy. She is highly intelligent and pragmatic to the point of ruthlessness. Philippa shares King John’s view that they can’t save all of Nottingham, and isn’t afraid to use corporal punishment to keep its citizens in line. Read more.

He knows it is impossible to save everyone and so works to save those he can. He is ruthless in his pursuit of this ideology and uses science to seek solutions for his chosen few. After growing up in the shadow of his older brother, he is desperate to prove that he is worthy of the crown. Though at his core he is a highly emotional person, he subsumes his feelings in his work. Read more.

Though Marian is emotionally tempestuous and accustomed to getting what she wants, she is far more than just a spoiled princess. After the death of King Richard, she was next in line for the throne of East Mercia. She had always intended to rule when her time came, making her abdication take on sinister and mysterious undertones. Will she stay in the shadow or take back what’s rightfully hers? Read more.

A former enemy of Robyn, Ewan is now bound to her by a dark secret and followed her to Nottingham in hopes to rid himself of his curse. Though he started life as a farmer, he became a skilled, resilient warrior during Richard’s war with Al-Murooj. This mysterious visitor to Nottingham seems normal at first glance, but he doesn’t eat, sleep, or even breathe. Read more.

He is a strong, driven fighter who lives for his causes and charms his followers with his ruthless wit. Will sees himself as a righteous warrior against the regime, but he also has a personal vendetta against John Fitzwalter because Will believes his sister Kate is being held against her will. He is impulsive and often acts without thinking, which could put the whole rebellion in jeopardy. Read more.

Alana must keep her Hycathic powers hidden or risk conscription in Nottingham’s military. She helps her adoptive brother Will in the fight against King John’s oppressive regime. Even though she is wise beyond her years, Will still treats her like a child, widening the distance that’s been growing between them and leading Alana to seek out a new mentor. Read more.