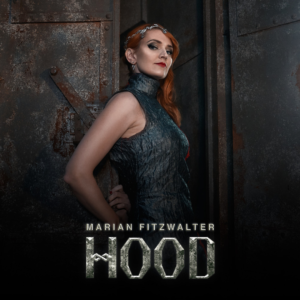 Marian Alviva Julia Fitzwalter (8 August 1989) is the Princess Royal of East Mercia and Duchess of Nottingham. Ever since the death of her mother Princess Helena in 2013, Marian was next in line to the throne. However, during her regency whilst her uncle, King Richard IV, fought in the Promised Land Campaign, she relinquished this right, claiming to be too young to properly fulfill the role and that she preferred to focus on her charity work. Some questioned her actual motivations, though, citing possible pressure from her uncle John Fitzwalter, King Richard’s brother. These fears seemed to be given credence when the throne passed to John upon her abdication. Even though she abdicated in favour of her uncle, he has no children so she remains the official heir to the throne.

Marian is sharply intelligent and takes an interest in everything from magic to matters of state. She is highly valued as a councillor by Fitzwalter and Philippa Murdoch, Sheriff of Nottingham with whom she is also romantically involved.

As the only child of Princess Helena, sister of King Richard IV, Marian was born into the royal family and raised as third in line to the throne. Her mother never married and Marian was conceived through IVF. The identity of her father has never been revealed.

Marian was a precocious child, walking, talking and reading earlier than average and she also displayed a keen, inquisitive intellect. Educated by a private governess, she spent much of her childhood alone or in the company of adults. One of the few peers she did spend time with was Robyn Loxley, whose mother Eleanor Loxley was the general in King Richard’s army and head of the second most influential family in East Mercia.

Marian excelled at her studies and in 1998 won the East Mercia Junior Poetry Contest with her poem ‘Butterfly Minds’. She had submitted the poem under an assumed name in order to avoid accusations of bias. In 2004 she won the Anglian Isle under 18s Chess Tournament, beating four-time winner Saxa Conti. Conti proceeded to raise objections of bias and cheating, but with all games played openly and other players denying being pressured into throwing the games, the charges were dismissed.

In 2006, aged only 17, Marian began a degree in History and Commerce at Barton University. Three years later, she graduated with First Class Honours. After graduating, she spent a year training at the Nottingham Royal Military Academy to prepare for becoming head of the military on accession to the throne.

After graduation, Marian decided to take a gap year during which she travelled the world extensively, while representing the Queendom of East Mercia and also performing royal duties. After her return, she followed an internship with her uncle John Fitzwalter’s research foundation, focusing on their social media and outreach work. Once the internship was completed, Marian turned down a permanent role with the foundation to pursue her own charity work.

Marian is a consummate diplomat. Friendly, engaging and popular, she is a favourite with the people and the media. However, her sharp intelligence allied with a ruthless ambition causes her to keep a close watch on those around her. She has, on occasion, been accused of manipulating to achieve her goals.

She takes a keen interest in the safety and security of the people, particularly Hycathae, whom she feels are often scapegoated by ordinary people [Speech to Hycathae Preservation Society, May 2016] . Her devotion to charity work and her all-consuming passion for improving everyone’s life have ensured she remains perhaps the only member of the City Council still beloved by the people.

When King Richard led Nottingham’s forces on the Promised Land Campaign, Marian was named Regent on May 16, 2015. In March 2016, she chose to abdicate in favour of her uncle John rather than remaining Regent. John was crowned King on October 1, 2017 after Richard was presumed dead. Reports say that the young princess did not feel ready to take on the full responsibility of being the reigning monarch, but she remains an important figure in East Mercia and works in service of the crown. She remains the next in line for the throne despite her initial abdication.

As a child, Marian grew up surrounded by adults, with few friends of the same age. This gave her a serious, older-than-her-years outlook from a young age on. She had a close relationship with her mother and was devastated by her death due to ovarian cancer in 2013. A month-long mourning period was declared to commemorate Princess Helena and it is said Marian still visits her tree every day.

Entering university life at the age of 17 was an eye-opening experience for Marian. Unused to being around people of her own age, she found fitting in with her peers difficult. Gravitating towards the older age group, she spent most of her time with post-graduate and PHD students. She formed her first real friendship with post-grad history student Emily Adderson. Emily accompanied Marian on her travels after graduation, before taking up an assistant post with Dr Annette Lynton at Barton University.

There are multiple unconfirmed rumours that Marian engaged in secret romantic alliances with several of her female tutors while at Empress College. Relations between students and tutors were strictly forbidden, and the dismissal of Josephine Fuller – teaching assistant to Marian’s tutor Professor Nightingale – for “unprofessional conduct” did little to quash the rumours.

Royal watchers suspect, again without specific evidence, that while travelling for her Royal duties, Marian had several casual encounters with partners of various genders. Her only significant and confirmed relationship during this time was with the artist Friedrich Gallo, in Vienna. They have remained good friends since. Marian is godmother to Gallo’s eldest son.

When Marian returned to Nottingham in late 2009, she was spotted spending a significant amount of time with Robyn Loxley during East Mercia’s hosting of the annual Anglian Isle Ambassadors’ Convention. Robyn had won her first adult Championship earlier that year and had briefly been engaged to Marian’s uncle John Fitzwalter in 2008.

Robyn and Marian began a long, often tempestuous relationship. As an exception for Marian, this relationship was not a secret. She and Robyn were the city’s golden couple and were frequently mobbed when out on official engagements. The relationship broke down when Robyn agreed to join King Richard to war in 2015. Robyn felt she had a duty to fight, while Marian insisted she remain behind as a member of her High Guard. Rumours abound that Marian gave Robyn an ultimatum that if she went to war, the relationship would be over. Robyn decided to go to war.

Two years later, word was received that Robyn had been killed in action. Devastated by the news and in their shared grief, Marian and Robyn’s sister Philippa came to rely on each other for support. As a result, a bond grew between them and in early 2018, they began a romantic relationship which continues to the present day.