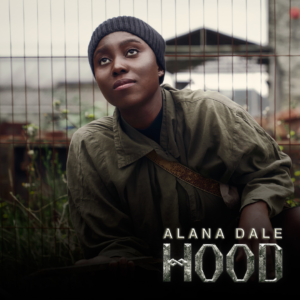 Alana Dale (2 November 2004) is an unregistered Cyntha Hycatha. As Will and Kate Scarlett’s adopted sister, she is an important individual in the Rebellion against King John II.

Alana was born in the countryside outside of Nottingham, where she lived with her mother Rebecca Dale. Her father’s identity is currently unknown. Around the age of nine, she ran away from home due to unknown circumstances. Resources suggest that this event might have had something to do with Rebecca’s already decaying mental health. Alana fled to the city of Nottingham, where she mainly lived on the streets or in shelters until Lily Scarlet took her in. She ended up legally adopting Alana just before her tenth birthday.

Despite being a widow with two teenage children, Lily did her best to support the new family member by working multiple jobs. Alana enrolled at Fernwood Free School, where her teachers described her as “quiet, but bright”. Lilly’s biological children Will and Kate accepted her as their little sister, and the four of them lived a modest life. The support of her new family and her education provided further stability and learning opportunities, something Alana thoroughly enjoyed.

From the very beginning, Lily decided against registering Alana in the Hycath Salvation Program, which is most likely why she managed to stay hidden in the queendom for so long. Although Lily’s exact reason for doing this remains unknown, there is no evidence suggesting any connection to the Rebellion in those early years.

In 2014, the Hycath community captured and arrested Rebecca for antisocial behaviour and attempted murder, not far from the outskirts of Nottingham. Due to her advanced schizophrenia, she was sent to the Nottingham Sanatorium, where she is currently still residing under twenty-four-hour supervision. At the time of her mother’s arrest, some of Alana’s teachers noted that she became even more withdrawn and would avoid discussing the subject.

In 2016, Alana’s world came crashing down when her adoptive mother died. Possibly due to poor working conditions, Lily was diagnosed with IPF (idiopathic pulmonary fibrosis) when her children were only fourteen and eleven. She struggled with the illness all those years, but when the sheriff cut the funding of the essential healthcare programmes to build the Inner City Wall, it became impossible for Lily to access her usual medications. Her health began to decline rapidly, and she passed away within months. Kate and Alana dropped out of school the same year. Alana’s headteacher Miss Clover described her last time seeing Alana as “heartbreaking”, when the young girl seemed “devastated” and “lost”. Following the tragedy, Will took his young sister to Greenwood, while Kate tried her luck in the city.

Alana didn’t go to college but, instead, became Will’s right hand when he took over as the leader of the Rebellion; an armed struggle against the State. Alana is rumoured to be committed to the cause, although Will is highly protective of any information about his adopted sister.

Alana had mostly been practising magic by herself since she received her powers, and she never received any formal Hycath training. Therefore, her skills might be unreliable and downright dangerous in certain situations.

Alana was known to idolise her adoptive mother Lily, and they shared a strong bond. This is most likely why she chose to project her trust and loyalty on the person closest to Lily, which was Will. Rumours suggest that she would do almost anything for her half-brother, and the latter is not known for his restraint in asking.

Kate never shared her siblings’ passion for fighting. By the time Lily had fallen ill, she had already spent most of her time in the city’s Royal socialising clubs. By 2018 she became an official consort of King John, which put a strain on the relationship with her siblings. Around the same time, the Rebellion moved to Greenwood, and Alana cut off all contact with her adoptive sister.

Living in Greenwood, Alana met Bucky, a young man of her age, who was serving under Will’s command. The two shared an instant connection over their absent parents and became best friends.

Rebecca is a descendant of a long line of powerful Hycathae. Her ancestors had owned lands in the countryside, but her family lost most of them during The Change. The official records show that Rebecca lived with her mother and grandmother, Irene and Agnes Dale, on their small, isolated farm. However, both of these women seem to be missing today, and the local council has no details of their actual whereabouts. People from the nearby villages don’t seem surprised by this, as the Dale family was infamous for “keeping to themselves while looking down on the rest”.

There hasn’t been any formal investigation into the disappearances since nobody ever reported them missing. It also didn’t help that there was a brutal murder only twenty kilometres from the Dale farm around the same time. A twenty-year-old young farmer and his parents were slaughtered in a manner that left the whole village speechless. The investigation lasted for years, and by the time the authorities got to the Dale farm, Irene and Agnes were already gone, and Rebecca’s pregnancy was beginning to show. The murder case remains unsolved today, and although there is no solid evidence, the locals never gave up on the idea that it somehow linked to the Dale family.